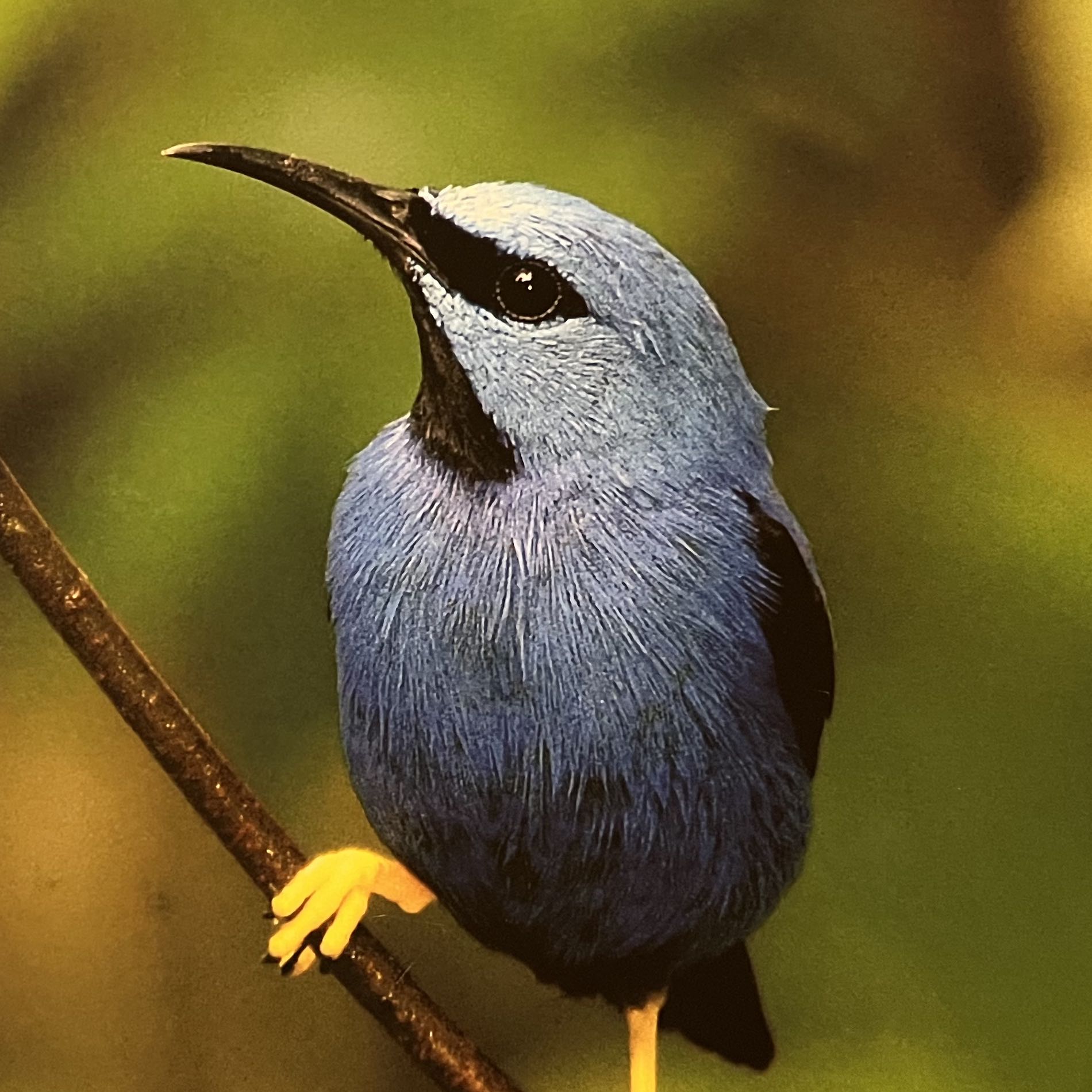 This is the last in a four-part series recapping my first (but most certainly not my last!) AADOM experience. You can check out my recaps of the kickoff event and Days 1 and 2 here, here, and here.

‍You ever feel like something goes way too fast, and yet, in that blink of an eye you've lived several lifetimes? That's how #AADOM19 was for me.It was a whirlwind, but by the end of everything something in me had profoundly changed.

They Love to Watch Him Strut

Morning came early. Coffee is definitely on the menu. Originally, I had planned a late checkout, but what's the point? We'd be working the floor breaking down the booth and hopping a Lyft to the airport. I threw all my clothes into my suitcase, did a final sweep of the room, considered laying back down, collected my wits, and headed downstairs.

After our team huddled to plot out the day, I went to grab a coffee and some fruit. While in line, I shot the breeze with my buddy Duran, one of the serving crew from the Hilton. He was sad to see everyone go. And then something really interesting happened: random, one-off conversations started sprouting all over the place while I waiting my turn for the cantaloupe.

‍You make it up to the room okay? I did, but the doc had a tough time! Enjoy the pool last night? We were in the other lagoon, but it was awesome, right?! Wanna scan my badge?! That last one a friendly jab from somebody poking fun at my determination to scan every badge at AADOM. (I may-or-may-not have told some folks RevenueWell threatened to make me walk back to Chicago if I didn't scan their badge)

And the bonhomie didn't stop there! A woman came up and thanked me for introducing her to Jena. Jena attended college right outside of her hometown, and they really hit it off. My buddy Barracuda from the pool came by hauling luggage and saying how she was ready to take some of her AADOM learnings back to New Mexico. Jena's new besties from Jacksonville came over, and we spent, oh, 10 minutes talking about Ireland, swapping photos and recommendations.

Time passed by, we hit Nudel's class, did one last sesh at the booth, snapped a group photo, and then started taking things down. Truth be told, it was pretty sad. Without consciously realizing it, our team had become pretty close. We had come to Orlando as a group of individuals, and simply by leaning on each other and sharing ideas and having a shared experience, would leave as a tight-knit group.

As Susan left to catch her early fight, Jeff and I passed the time by discussing our mutual love for the catwalk and over-the-top wrestling promos. That's right! In a few, he and Sony would be strutting our Tory Burch bags across the stage during the awards ceremony. You have to understand that ever since Dallas last year, all we ever heard about was Jeff strutting his stuff. Apparently it was an event not to be missed, and this year he was ready top it.

Our booth packed up and a little time before the festivities, Jeff and Sony started practicing their moves. One and two and three and pivot. Click the heels and power point. And, Sony, now you own it.

‍Thirty minutes later, we were treated to a treat. Jeff dialed it up to 11, rocked the red bag, owned the room, and hit the power point. Sony popped up, modeled the yellow bag, brought another raucous cheer, and for the last time of the weekend (or so I thought at the time) our team's full personality was on display. I made my way to the lobby and congratulated one of the winners. Then I saw Executive Director Kim McQueen, and went to thank her. Truth be told, Kim kinda intimidates me. She busted my chops pretty good last year during an "I Am ..." work photo shoot in our company's office, and put me on tilt.

As it turns out, my own insecurities were completely unfounded. Earlier in the day I saw a picture of her crowd surfing at the AADOM 19 cocktail hour and figured what the heck, go say hi! Like everyone in her tribe, she was super nice. We quickly chatted about her upcoming trip to Florida's west coast, and then said goodbye. Jena and I hopped a Lyft to the airpot. So long, AADOM!

The Strangest of Places If You Look at It Right

Your flight has been cancelled. Umm, what.

"Jena, did you just get that text?"

"They don't even apologize or anything."

"I'm trying to find a new flight. Looks like everything is booked. I'm on for tomorrow's 7 a.m."

"Okay, I'll call the hotel. Hopefully they have vacancies."

So began the last, unexpected leg of our AADOM journey. I called Lauren to break the news about our flight, kept it together knowing it'd be another evening away from her and our baby boy, called the Hilton, booked two rooms, and trudged down to ground transportation.

My spirits were broken.

Kelly, God bless her, is one of the nicest people I've ever known, and brought the energy I needed in that moment — an injection of positivity.

"Go check in, I'll grab you a beer! Jeff and Sony are around here somewhere."

A little more pep in my step (a cold beer is a nice motivator), I met Jena at check in and we got our rooms (her, a "something with a good view room"; me an "I don't care, something with a bed" room).

Jena went up. I ambled back over to the bar area with suitcase in tow.

After a little chitchat, I still felt off. Without a word, I opened up my suitcase, shed my blue RevenueWell t-shirt, and pulled on the bright green AADOM shirt.

"Bad juju in that shirt," I explained to the crew. "I need a pick-me-up. Let's try the AADOM shirt."

Sure enough, it did the trick! When I went up for another beer, a person across the bar asked me if I was at AADOM. We shouted highlights of the conference, until I decided a friendly conversation was much easier on the same side of the bar. She picked my brain about natural excursions in Florida — her father is a park ranger, and touristy things aren't really her scene. I told her about Blue Springs and Smyrna Dunes Park. I asked about her part of the country, and she enlightened me on Maine, and the only way to eat lobster (a shack directly on the water).

As talk shifted to dentistry, she gave me a crash course on DSOs and multi-practice management. One final bit of edification in an educational weekend. Sony came over, and the bar scene turned into a party. All of the AADOM holdouts gathering for a beautiful sendoff. I really wanted to be back in Chicago, but this impromptu gathering went miles to carve out my earlier disappointments. Some of us made our way to the pool. We danced. We laughed. And we brainstormed ways to fold more goodness into our days.

I hit the sack somewhere after midnight, knowing there were only about four hours of sleep between me and the airport. This time it was for real. AADOM was over.

When I went to AADOM, I was not in a good state of mind. I had become disillusioned with my job and burnt out on the daily grind. On my best day, I was unenthusiastic. And here I was going to Orlando, representing our company, and working a conference rather than celebrating my wedding anniversary (our first with a child in the mix). A dangerous cocktail, to be sure.

But AADOM changed everything. And I sincerely mean this. It unlocked something in me, some spark, that I did not know existed. I loved talking with people, loved interacting with our team, and loved learning about things I'd never even considered. I'm not sure what my long-term career outlook is, but I do know that AADOM helped chart a path by showing exactly the kind of work I enjoy.

Since the conference, I've been bursting at the seams with ideas. Jeff, Sony, Susan, Jena, Kelly, and I have been ping-ponging ways to better serve our customers, ways to fold philanthropy into our company, and ways to further work with AADOM.

AADOM unlocked something in me that I did not know existed

The conference brought me off the precipice. It feels like my first day on the job — that time when you still think everything is possible. And if it did this to me, a vendor, I cannot even imagine the impact this conference has on AADOM members.

I recommend that anyone who has a chance to attend do so — OM, doctor, DDS (dedicated dental spouse), vendor, whomever. Something about this group of people purifies the soul. Rather than quantify it, I'm just gonna continue riding the high. Thank you to to Heather, Lorie, Kim, Karin, Trish, and the entire AADOM leadership team for hosting such a special event. Doubly so for letting us, as a vendor, attend.

Thanks to RevenueWell leadership for letting me go. Doubly so for following up with me and taking a vested interest in both my takeaways, as well as my professional wellbeing. Thanks to our awesome Orlando crew, with whom I shared a lifetime of memories in 96 hours. You reminded me why this is such a special place to work: the people.

And thanks to everyone who came by the booth. You make an impact every day in your offices. But you also make a difference to people outside of your practices. You're truly inspiring. You're awesome. See you in Boca!

‍Learn more about how RevenueWell improves case acceptance and creates more close-knit relationships between dentists and their patients. 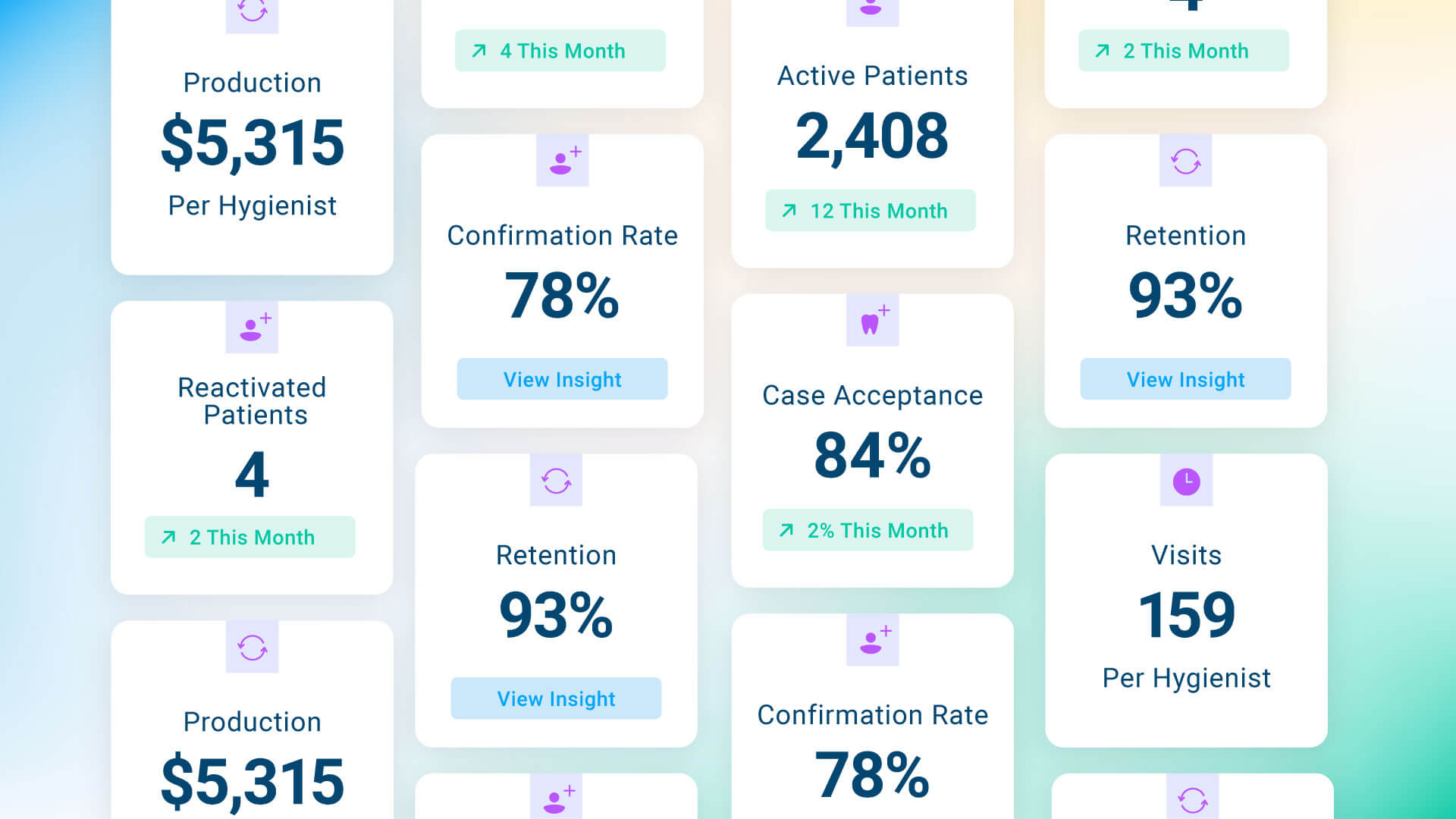