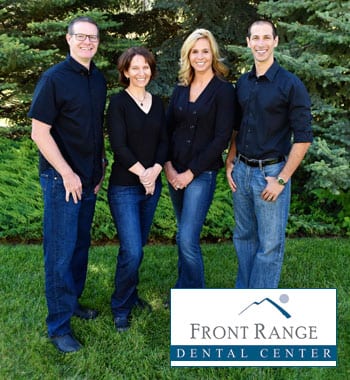 Situated in Fort Collins, Colorado, Front Range Dental Center has a predominantly affluent patient base. Most patients have had braces, and there’s a Waterpik and Sonicare in every house – they care about oral health. As such, Front Range is a high-volume practice with a heavy concentration on hygiene.

“Our practice is predominantly more of a hygiene practice than it is a restorative practice,” says practice administrator Kurt Radke, “because our patient needs would be a one-service, two-service, three-service filling, but our patients take care of their teeth.”

The challenge for the Front Range team, then, was this: continue its accelerated hygiene program while also finding ways to increase revenue in a relatively healthy community.

Earlier in the year, Front Range had started using Zoom whitening. According to Radke, it’s a low-cost option that can yield a significant profit. Moreover, this kind of service helps fill rooms and keeps his team busy.

“My Zoom cost me $100, and I book it with a chair in one room that is underutilized,” he explains. “I’m already paying a team member to utilize the room, so she’s going to be in there no matter what. So for me, it’s just pure profit outside of the cost of the product.”

In order to market their new offering, Radke and his team opted to use RevenueWell’s custom campaigns. RevenueWell contains prebuilt campaigns specifically for Zoom whitening, making it a no-brainer. Coupled with a tech-savvy patient base, the Front Range team believed these campaigns would yield a large dividend with little effort.

“The amount of revenue we did from the first Zoom blast paid for my RevenueWell campaigns for three years. My second Zoom campaign paid for it for another two years. I’m just looking at one product.” 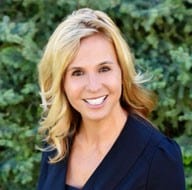 Success. An absolute success. The first campaign was sent toward the end of February, heading into prom and wedding season. In it, the practice showed before-and-after photos and included a few words on how the whitenings only take around 15 minutes.

That campaign generated more than 30 appointments and over $13,000.

Riding the success of the first campaign, Front Range sent another identical campaign in mid-May, right in time for the wedding season. This second campaign generated roughly 20 more appointments and over $7,500 in revenue.

All told, these two campaigns brought in over 50 appointments and more than $21,000. In terms of a return on investment, with just a few clicks of the mouse, the practice paid for five years of RevenueWell.

“The amount of revenue we earned from the first Zoom blast paid for my RevenueWell campaigns for three years,” exclaims Radke. “My second Zoom campaign paid for it for another two years.”

Front Range has found even more success from other campaigns within RevenueWell, but the practice accomplished several goals with these two simple emails: they alerted patients to a new service, generated revenue, and paid off their revenue driver, RevenueWell, for a half-decade.